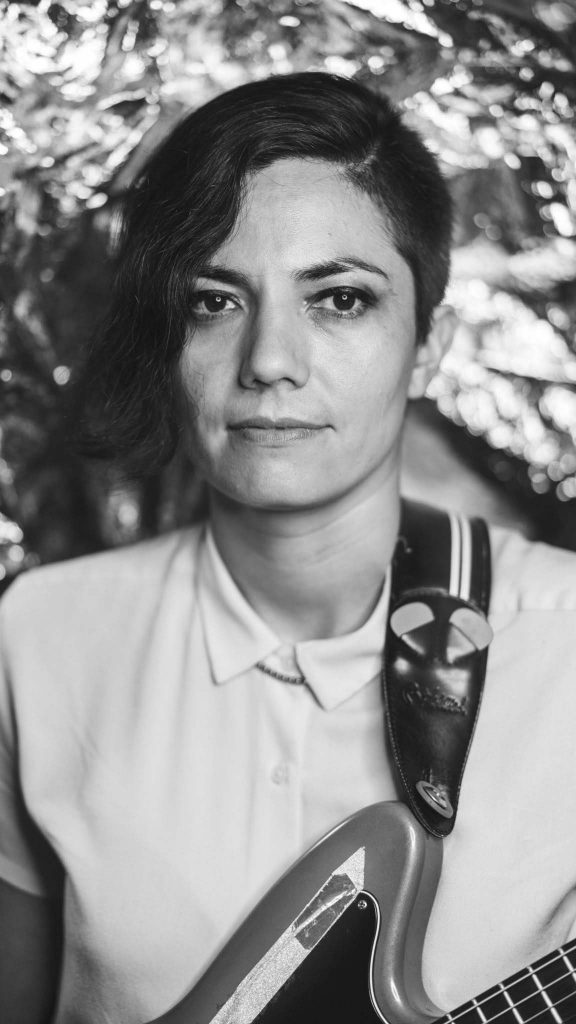 Ava Mendoza is a Brooklyn-based guitarist, singer, songwriter and composer. Born in 1983, she started performing her own music, and as a sidewoman and collaborator in many different projects, as soon as she was legally allowed into venues. As a guitarist, Mendoza has received acclaim for her technique and viscerality. Her most ongoing work is as leader of art rock band Unnatural Ways, and as a solo performer of her own music and works by contemporary composers. In any context she is committed to bringing expressivity, energy and a wide sonic range to the music. Mendoza has toured throughout the U.S. and Europe and recorded/performed with musicians including Carla Bozulich, Malcolm Mooney (CAN), Steve Shelley, Mike Watt, Adele Bertei, Mick Barr, William Hooker, Nels Cline, Matana Roberts, John Zorn, Jamaaladeen Tacuma, Fred Frith, William Parker, Hamid Drake, Object Collection (Travis Just), ROVA, Negativland, the Violent Femmes, and members of Caroliner. She has received composition commissions from film distributor Kino Lorber, new music duo The Living Earth Show, and John Zorn’s Stone Commissioning Series at National Sawdust. Recordings are available on labels Tzadik, Astral Spirits, Weird Forest, Clean Feed, Resipiscent, and New Atlantis.
We use cookies on our website to give you the most relevant experience by remembering your preferences and repeat visits. By clicking “Accept”, you consent to the use of ALL the cookies.
Do not sell my personal information.
Cookie SettingsAccept
Manage consent