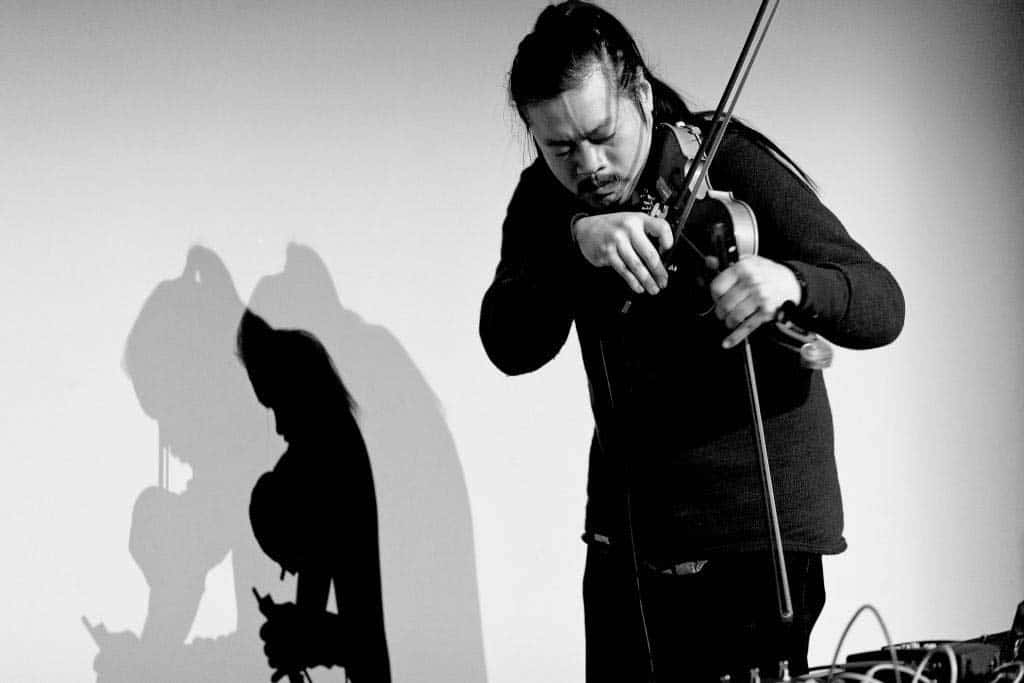 C. Spencer Yeh is a musician recognized for his interdisciplinary activities and collaborations as an artist, improviser, and composer, as well his music project Burning Star Core. After immigrating to the United States from Taiwan when he was a child, Yeh looked towards drive-in movies, local and public television, “Mom-and-Pop” video stores, and genre movie magazines as early guides in his developing interests. Though Yeh studied violin at a young age, as a teenager he forwent his training, considering his encounter with the 4-track tape recorder as his first real revelation in working with sound and music.

While attending the Radio/Television/Film program at Northwestern University, Yeh’s study under professors such as Tom Gunning, involvement at the campus radio station WNUR, and internship at the record label Skin Graft were crucial to his education and understanding of interdisciplinary approach. After college, Yeh returned to his hometown of Cincinnati, OH where he played a key role in bringing artists and musicians through the area, organizing performances and events with galleries, cafes, music venues. A “noise” network in the midwest was soon forged with other like-minded individuals, with artists of many genres in conversation and collaboration. Yeh’s self-publishing practice, primarily in cassette tapes and LPs, developed in conjunction with these performance activities, creating and enabling further opportunities for expression outside of presiding industries and institutions.

Yeh is the recipient of a residency from ISSUE Project Room (2015), and an Emerging Artist Jerome Foundation Commission from Roulette (2013). His video works are distributed by Electronic Arts Intermix. He is a senior editor and media producer at Triple Canopy, a contributing editor to BOMB Magazine, and volunteers as a programmer and trailer editor for the Brooklyn-based microcinema Spectacle Theater.