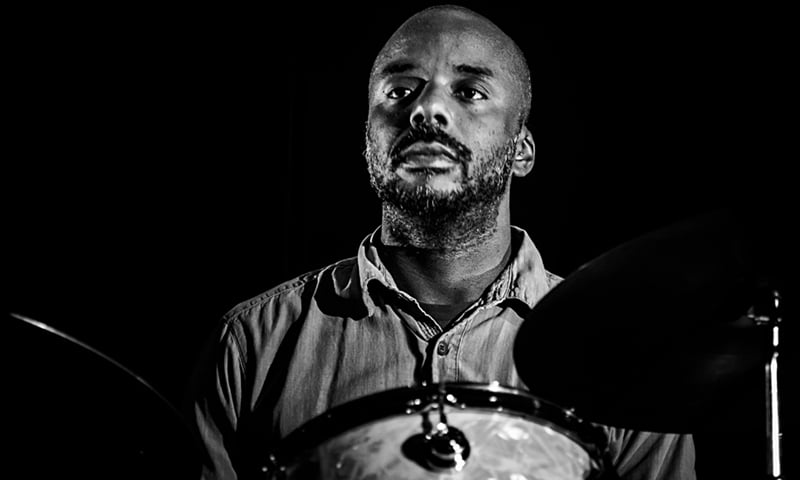 It’s hard to overstate Taylor’s contributions to improvised music over the past three decades. A composer, scholar and educator as well as a capaciously inventive percussionist now living in Philadelphia, Taylor is probably best known as co-founder of the Chicago Underground Duo with trumpeter Rob Mazurek (and the numerous Underground iterations that have spun off of that original partnership). A professional on the Chicago scene from the age of 16, he became a rhythmic muse for many of the most celebrated artists in improvised music, including Fred Anderson, Pharoah Sanders, Nicole Mitchell, Matana Roberts, Ken Vandermark, Darius Jones, James Brandon Lewis, Jaimie Branch, Derek Bailey, Marc Ribot, and Peter Brötzmann.

Born in 1973 in Tempe, Arizona, Taylor grew up in Chicago and was shaped by the city’s wide open improvisational ethic. He earned a BFA in jazz performance from the New School and an MFA from Rutgers University in jazz research and history. He’s forged deep creative alliances with a dazzling array of artists, including guitarist Jeff Parker, multi-instrumentalist Cooper-Moore, bassist Tom Abbs, saxophonist Avram Fefer, guitarist Marc Ribot, and bassist Eric Revis. He doesn’t have many releases under his own name since Taylor has tended to work in co-led or collective situations, but his compositions have been featured on dozens of albums.