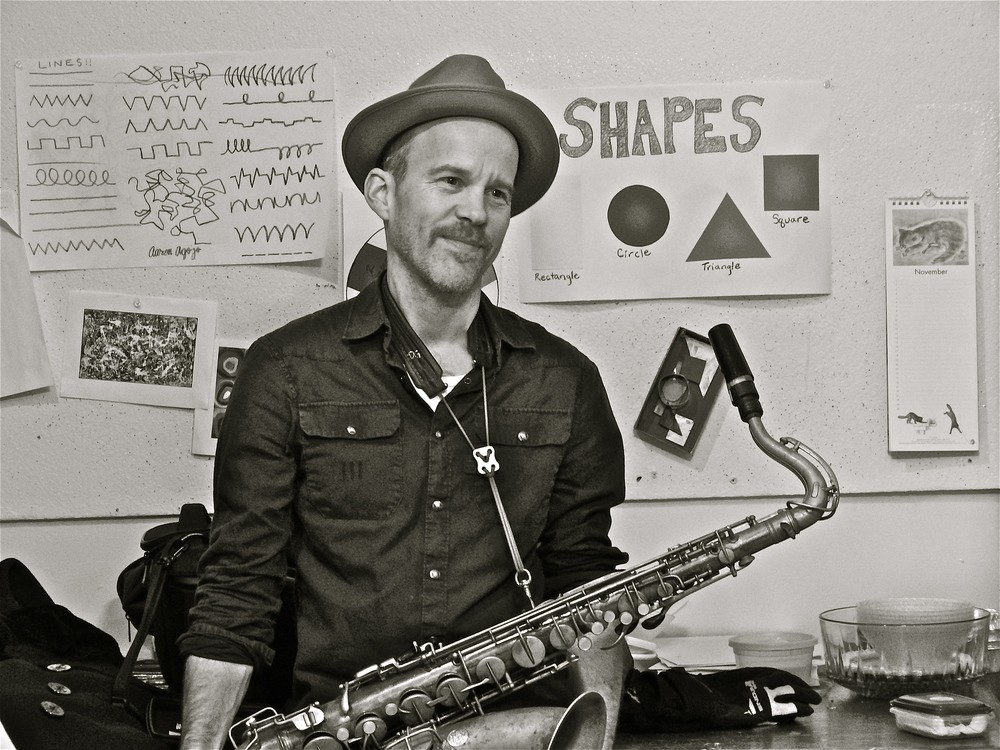 Chris Speed is a tenor saxophonist, clarinetist and composer, whose work ranges widely, from a jazz base out through various forms of folk, classical and rock music.
Affiliated with a bewildering variety of ensembles, he has been a prominent and influential voice in jazz and improvised music for almost three decades.

Speed was named the rising star clarinetist in Downbeat magazine for 2004 – 2006, was the recipient of a NEA composition grant in 1993, and in 2006 he created Skirl Records, a label dedicated to Brooklyn based creative music, now with over 50 releases. “As a document of the fertile Brooklyn scene, Skirl has few equals, skirting the boundaries between jazz, rock, electronic, classical and improvised music.” AllAboutJazz