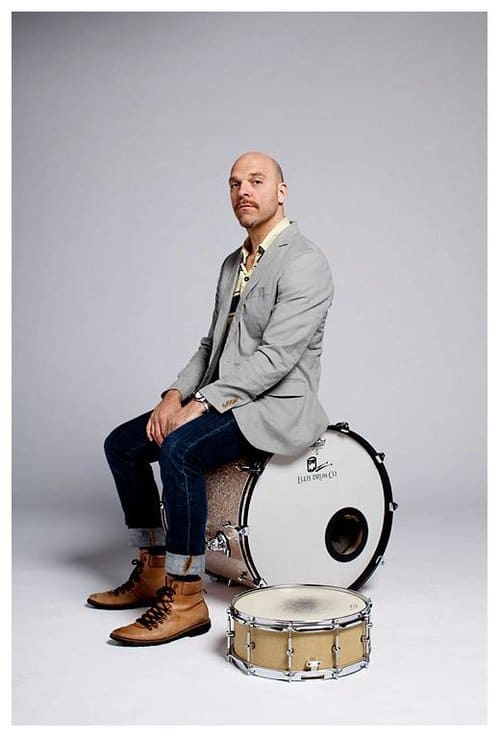 Born 1970 Minneapolis MN
Studied piano and drums as a young person. Played in some amazing grade school, jr high school and high school bands and ensembles…………..seriously ground breaking in approach and chart selection including a big band version of “R.O.C.K. in the U.S.A” by John Mellancamp (formally known as John Cougar and John Cougar-Mellancamp).
Moved out east for a moment in 1989 when NYC still had barrel fires burning in lots that now house the American Apparel flagship store next to a place you can get a $7.00 espresso.
Moved to Los Angeles in 1991 to warm up a bit.
Was a couple of miles from the epicenter of the 1994 L.A. earthquake.
Decided that wasn’t the place for me.
Moved back to Minneapolis.
Co founded Happy Apple.
Co founded Love-Cars.
Co founded Halloween, Alaska.
Joined 12Rods.
In 2000 co founded The Bad Plus in NYC.
Co founded The Gang Font featuring Greg Norton of punk icons Husker Du.
Have Performed music in 75 countries and 6 continents.
Have appeared on over 50 recordings.
Besides my working groups I have recorded and or performed with Bill Frisell, Joshua Redman, Dewey Redman. Jeff Beck. Tim Berne, Hank Roberts, Chris Speed, Kurt Rosenwinkle, Django Bates, Dead Prez, The Coup, Joe Lovano, Bill Carrothers, Anthony Cox, Chris Morrissey, Mason Jennings, Haley Bonar, Meat Beat Manifesto, Craig Taborn, Matt Mitchell, Matt Maneri, Benoit Delbeq, Craig Green, Jason Moran, Tchad Blake, David Torn, Donna Lewis, Atmosphere, and a few more great people.
I have also worked extensively with The Mark Morris Dance Group and with acclaimed fashion designer Isaac Mizrahi on his fashion week music and TV show music.
I have also recorded and composed for film including two films for animated film maker Tom Shroeder and 6 seconds of one of my drum beats is in the film “The Hot Chick” starring SNL icon Rob Schneider, believe it or not.