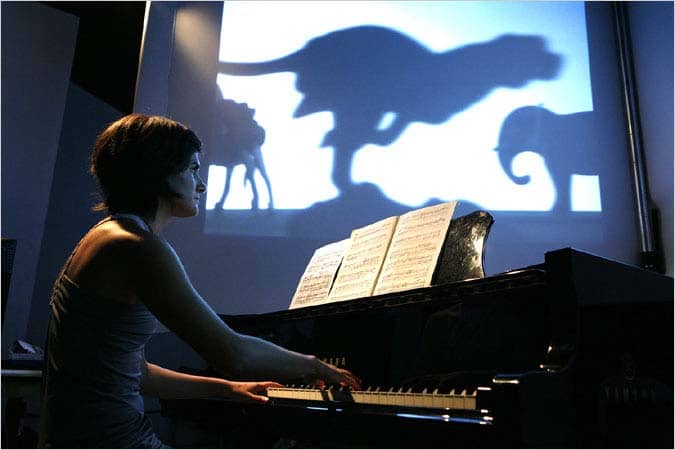 Emily Manzo is a pianist, songwriter and vocalist that Time Out New York considers “a uniquely protean artist who makes several scenes move.” The New York Times has described her “attention to detail exceptional.” Emily has performed throughout the U.S. and Europe in concerts and festivals of chamber music, experimental music and rock music. As a vocalist and pianist she has premiered the works of many American composers. Her degrees were earned at the New England Conservatory, the Oberlin Conservatory of Music and Columbia University where her teachers included Stephen Drury and Lydia Frumkin. Emily currently resides in New York where she performs regularly as a classical solo and chamber musician, as well as with her pop group, Christy & Emily. She can be heard as vocalist and pianist on Tzadik, SHSK’H, The Social Registry, Big Print (UK), Klangbad (DE), Merge, and Jagjaguar. With funding from the Lewis B. and Dorothy Cullman Foundation, Emily completed her recording of the complete Chopin Preludes at Merkin Concert Hall in November 2012.
We use cookies on our website to give you the most relevant experience by remembering your preferences and repeat visits. By clicking “Accept”, you consent to the use of ALL the cookies.
Do not sell my personal information.
Cookie SettingsAccept
Manage consent