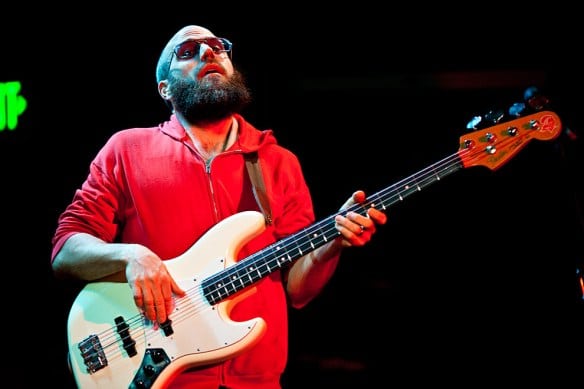 Erik Fratzke is a composer/performer/educator based in St. Paul, Minnesota. Best known for his work as the bassist of Happy Apple, he also plays bass in Craig Taborn’s Junk Magic, and Cory Healey’s Beautiful Sunshine Band. As a guitarist, Erik is a member of The Dave King Trucking Company, Scott Miller’s Fifth Column Ensemble, The Gang Font, as well as the leader of the instrumental rock group Zebulon Pike. His compositions have been performed and recorded by the new music group Zeitgeist. Erik has performed/recorded with Tim Berne, Michel Portal, Rhys Chatham, Airto, Benoit Delbec, and Yoshida Tatsuya (Ruins).
We use cookies on our website to give you the most relevant experience by remembering your preferences and repeat visits. By clicking “Accept”, you consent to the use of ALL the cookies.
Do not sell my personal information.
Cookie SettingsAccept
Manage consent