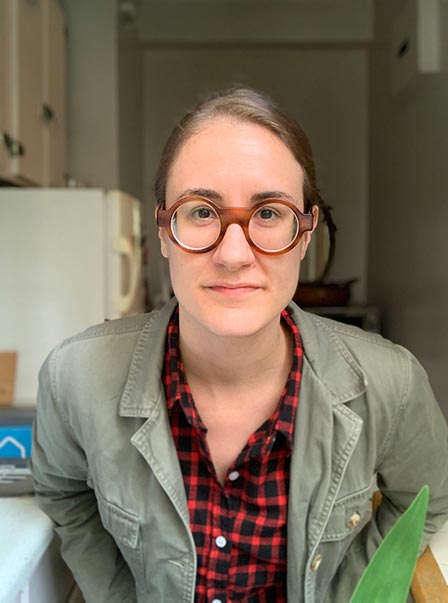 Megan Schubert, vocalist and composer, has performed music by Stockhausen for an audience under umbrellas in a torrential downpour for Make Music New York; world premieres at Carnegie Hall; with robots while locked inside a Van de Graaff Generator at Boston’s Museum of Science; on a bike flying by the audience in an installation piece at McCarren Park Pool, Brooklyn; with Cambodian master of classical dance, Proeung Chhieng; in a giant potato sack while video was projected onto her frontside at Webster Hall; for inmates at a maximum security prison in Ossining, NY; with puppets at E 4th Street Fab! Fest; for Elliot Carter at a celebration of his 100th birthday; shared the stage on multiple occasions with such luminaries as Meredith Monk, Bang On a Can, and with many ensembles championing art music and experimental jazz of today.

Judd Greenstein, Tracy K. Smith, and Joshua Frankel’s A Marvelous Order (as Jane Jacobs) received a pre-premiere/preview at Williams College, and the full premiere TBD 2021. QUARTET, a composer’s lab was produced by Schubert, presented world premieres by and with Schubert, Gelsey Bell, Anaïs Maviel and joined by Yoon Sun Choi at Roulette and as part of Lady Fest at The Tank.