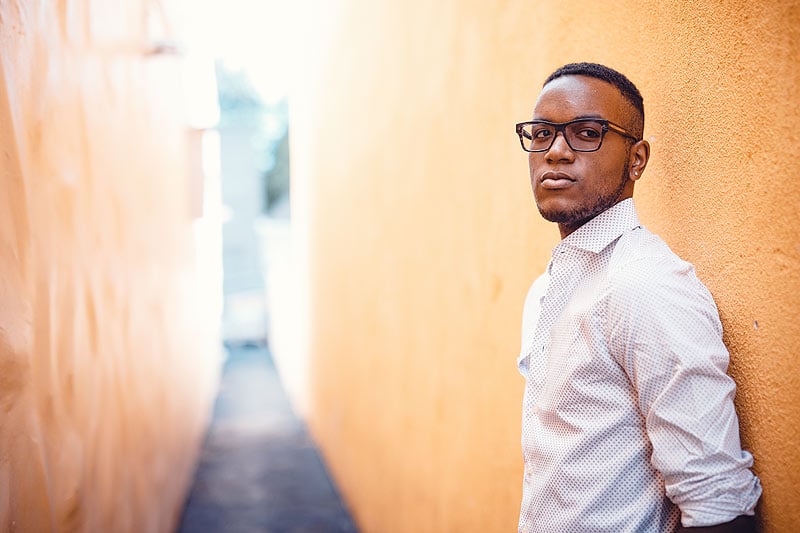 Michael Mayo began forging his musical identity long before he hit the stage. The son of two successful musicians, the Los Angeles native grew up just a little more than 20 feet from the likes of Diana Ross, Luther Vandross, Earth Wind and Fire and Stevie Wonder. This proximity helped Mayo create a musical path centered around the innovative elements of R&B and Jazz.
After receiving his Bachelor’s from the New England Conservatory of Music, Mayo attended the acclaimed Thelonious Monk Institute of Jazz Performance, only the third vocalist to be accepted into the 20-year-old program, where he learned from Wayne Shorter, Herbie Hancock, and Luciana Souza.
Mayo, now living in New York City, is a veteran international performer whose highlights include singing at the White House, the Kennedy Center and Renée Fleming’s American Voices Festival, as well as the Panama Jazz Festival. Most recently he has collaborated or shared the stage with Herbie Hancock, Kneebody, Gretchen Parlato, Christian Sands, Josh Groban, Ben Wendel, Becca Stevens, and Theo Bleckmann among many others.
Whether he is performing with a full big band, a rhythm section or alone with a looper pedal, Mayo’s classic vocal style commands the attention of listeners worldwide.
We use cookies on our website to give you the most relevant experience by remembering your preferences and repeat visits. By clicking “Accept”, you consent to the use of ALL the cookies.
Do not sell my personal information.
Cookie SettingsAccept
Manage consent