“Accelerate Every Voice,” a new album, is a step forward in another facet of this dazzling pianist’s career: composing. 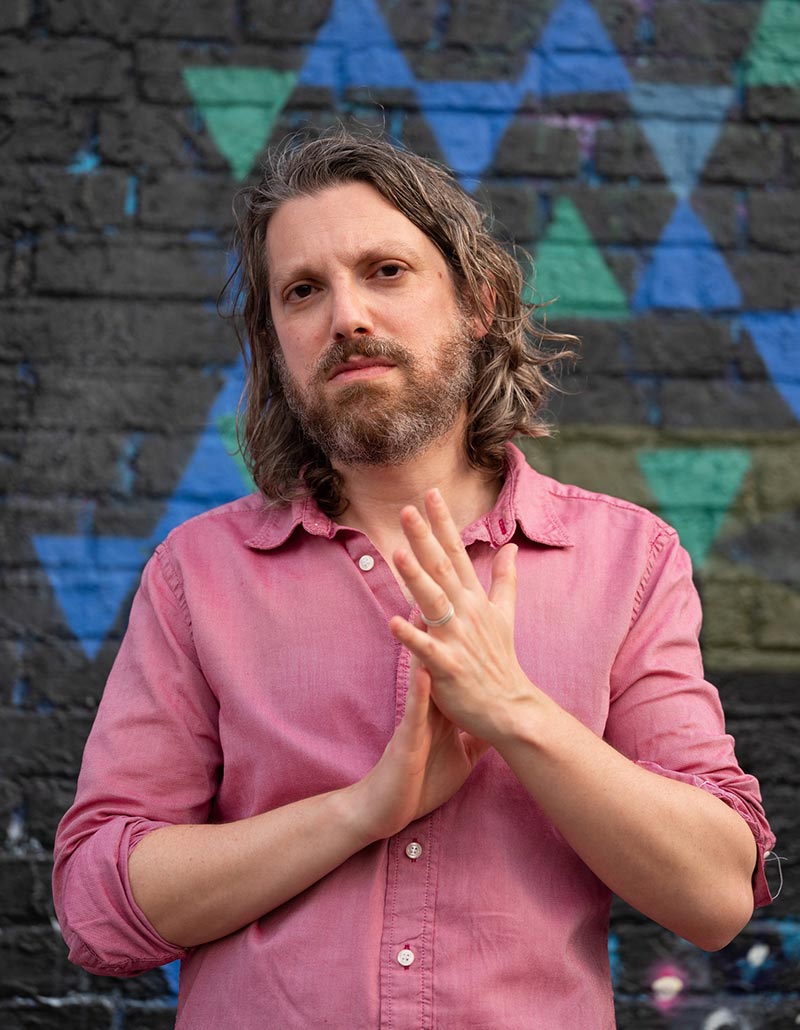 Several years ago, I made a resolution: If I had the opportunity to hear Cory Smythe play piano, I would make it happen.

This turned out to be something of a commitment. For over a decade, Mr. Smythe has been one of the busiest players on the new-music and avant-jazz scenes. He has been part of the International Contemporary Ensemble and accompanied the star violinist Hilary Hahn. He is a standing member of one trio led by the composer Tyshawn Sorey, and has worked memorably with the bassist Stephen Crump and the saxophonist Ingrid Laubrock.

Across these varied projects, Mr. Smythe’s pianism tends to stand out. Like most cutting-edge instrumentalists, he is up for any technical challenge. But even when the music is the headiest modernism, his performances retain a sense of playfulness.

Still, this playfulness is rarely straightforward; it sounds, paradoxically, as though it’s been achieved through careful consideration. That’s the case whether Mr. Smythe is navigating the dense requirements of Xenakis’s “Palimpsest,” or reveling in the melodic lushness of David del Tredici’s “Farewell,” which he recorded with Ms. Hahn.

During their work together on a set of over two dozen new encores, Ms. Hahn said she relied on Mr. Smythe’s range of experience. “I don’t think I could have gotten to the core of some of the more unfamiliar styles without him,” she wrote in an email. “He was sort of my voice of reason when I was out of my comfort zone, helping me to break down new-to-me ideas and stay calm and patient.”

Mr. Smythe’s breadth also serves him well as a bandleader, documented on recordings like “Circulate Susanna,” from 2018. Now, with the release last month of his latest album, “Accelerate Every Voice,” he has also taken a crucial step forward in yet another facet of his career: composing.

Written for five vocalists and himself on piano, this linked suite of pieces boasts a broad architecture of references. These include hyper-complex contemporary classical styles; the jazz-meets-vocal music of the pianist Andrew Hill’s 1970 record “Lift Every Voice”; and American a cappella music — both the white-tie-and-tails aesthetic of the Yale Whiffenpoofs and modern groups like Rockapella and Take 6, whose performances include vocal percussion.

“Circulate Susanna” represented what was then Mr. Smythe’s boldest effort as a writer of notated scores, while also leaving space for players to improvise. But “Accelerate Every Voice,” he said in an interview, involves “the most people I’ve ever written for. It was ambitious at the level of thinking about microtonal harmonies and trying to deepen my understanding of what’s possible in that realm.”

For years, Mr. Smythe has been working on his personal approach to microtonal music — put simply, systems that allow for more pitches than the familiar 12-note scale. He started bringing microtonal playing into his performances with Mr. Sorey’s trio around the time of that group’s 2017 album “Verisimilitude.”

“I have this tiny MIDI keyboard that is tucked into the piano, resting on the tuning pins,” Mr. Smythe said. “It is set up to play a piano sample that is tuned a quarter-tone sharp to the piano that I’m playing on. And that sound is fed into a transducer speaker that sits on the soundboard of the piano. So the hope is that speaker is vibrating the same piece of wood that the rest of the piano is vibrating; all those sounds are living in the same piece of furniture. It’s an attempt to approximate a second manual for the piano that gives me access to these quarter tones, or these notes halfway between the notes on the piano.”

You can hear the effect on the new album’s opening track, “Northern Cities Vowel Shift.” From the beginning, Mr. Smythe is playing on both levels of his adapted instrument, creating a sumptuous and pleasingly sour mesh of pitches. The vocalists smoothly ride over the frequent, roiling changes of meter.

If this seems like a lot — well, it is. And after allowing the listener to marinate in this peculiar style for a minute, Mr. Smythe makes space for two of his vocalists to improvise. Kyoko Kitamura goes first, employing some of her characteristic inhalation yawps, which produce schmears of overtones. Ms. Kitamura then hands the soloist’s baton to Michael Mayo, whose riffing engages more directly with the scat singing of bebop and later a cappella trends.

“At first, when I heard Kyoko, my jaw dropped,” Mr. Mayo said, recalling the recording sessions. “I’d never heard someone improvise like her. I asked Cory, ‘Do you want me to do that?’”

But instead, Mr. Smythe encouraged Mr. Mayo to stake out his own terrain. That the music has room for both singers’ approaches is part of its maximalist charm.

After its opening blast, the album starts to explore less antic moods. The third track, “Marl Every Voice,” is the most explicit reference to the title track of “Lift Every Voice”; both albums explore the intermingling of jazz improvisation and vocal ensemble.

The push for racial equity embedded in Hill’s album is not incidental to Mr. Smythe’s. Kari Francis, the vocal percussionist on “Accelerate Every Voice,” noted that the Whiffenpoofs, formed in 1909, were “the inheritors of Black gospel quartets and blues and minstrelsy and vaudeville.” The stylistic and historical baggage of appropriation is something Mr. Smythe — throughout the album, and especially on the pointedly titled penultimate track, “The Weatherproof Song” — is eager to take on.

His goal, he said, is “to not only be in the space of this music, but also questioning my relationship to those elements, interrogating my own whiteness.”

He added that he hoped to create work that was clearly joyous, but that also complicated any “expression of joy in this moment that is something so terrible.” The album’s cover, which shows an isolated iceberg amid a cool blue seascape, also invites questions about environmental collapse. The album’s trajectory — from its explosive beginning to a spare 19-minute closing soundscape — may slyly suggest a pessimistic view of humanity’s near future.

When I spoke to Mr. Sorey about his regular pianist, he offered praise for the originality of Mr. Smythe’s work, and recalled hearing pieces from “Accelerate Every Voice” for the first time.

“It sounded like no other kind of music I had heard before,” he said, despite the obvious debt to “Lift Every Voice.” “He’s able to really transform the ideas that came from that historic recording, and make something completely personal out of it.” 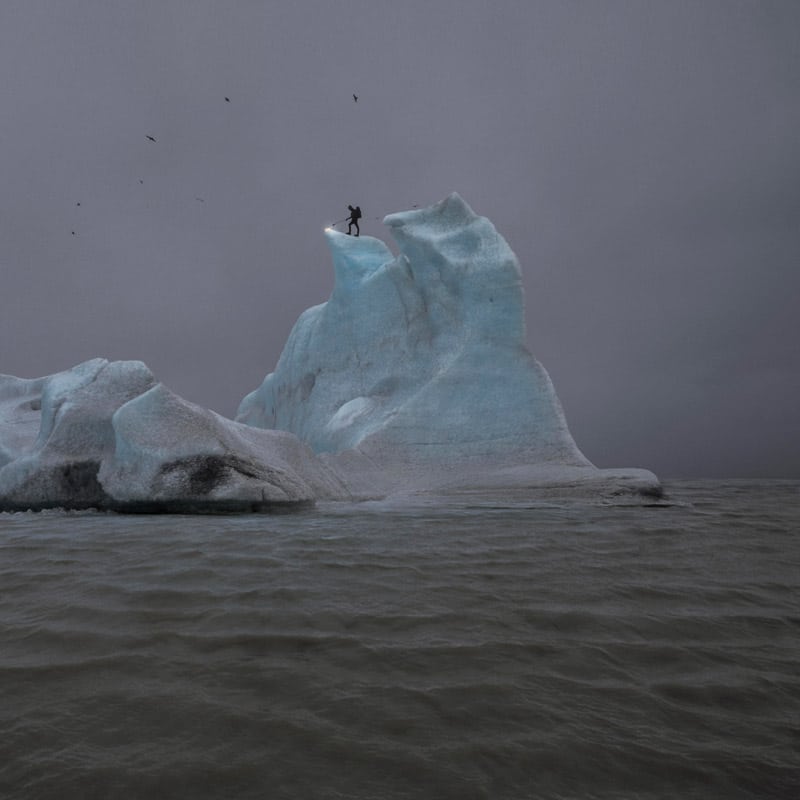 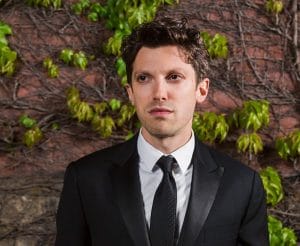