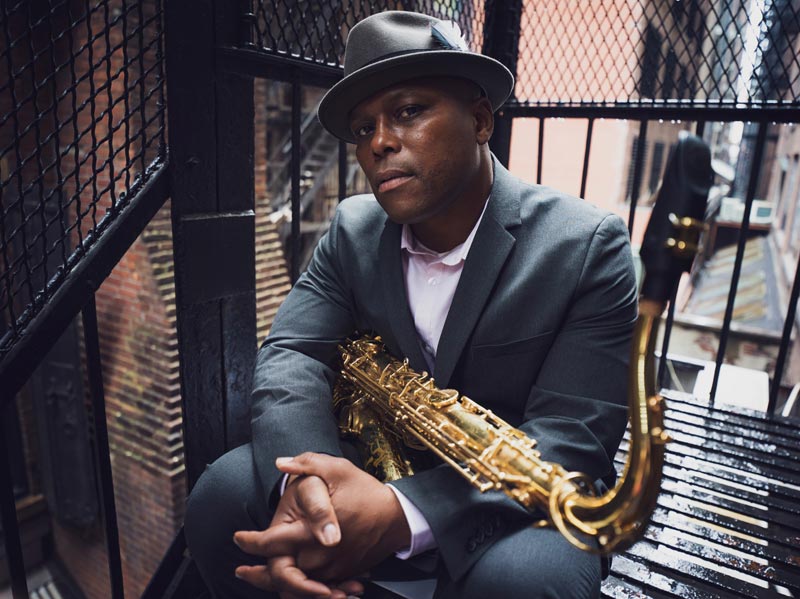 Hailed by the New York Times as “a tenor saxophonist with an enigmatic, elegant and hard-driving style,” JD Allen is a bright rising light on today’s international jazz scene. His unique and compelling voice on the instrument – the result of a patient and painstaking confrontation with the fundamentals of the art – has recently earned Allen a blaze of critical attention signaling his ascension to the upper ranks of the contemporary jazz world. Originally from Detroit, Allen’s apprenticeship, anchored by his lengthy tenure with Betty Carter, occurred largely in New York, where he worked with legends Lester Bowie, George Cables, Ron Carter, Louis Hayes, Frank Foster Big Band, Winard Harper, Butch Morris, David Murray, Wallace Roney. He added his voice to that of his contemporaries as well; Cindy Blackman, Eric Revis, Orrin Evans, Meshell Ndegeocello, Dave Douglas, Jeremy Pelt, Gerald Cleaver and Nigel Kennedy continue to call upon him to augment their musical visions. JD’s debut album, In Search Of… (Red Records, 1999), won him the Best New Artist award in Italy, and reviewers praised him for his compositions and conceptual boldness. His second release, Pharoah’s Children (Criss Cross, 2002), again won him accolades for its thoughtfulness, maturity, and adventurousness. One of Jazziz Magazine’s Critics Picks Top 10 Albums of the Year, the album was widely praised in the U.S. and Europe.