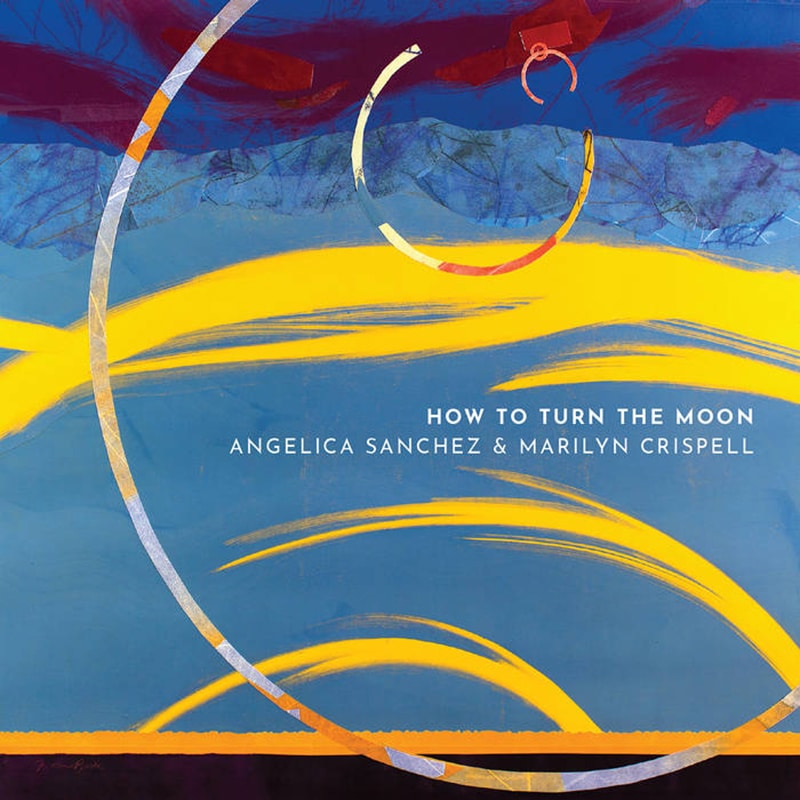 How To Turn The Moon

How To Turn The Moon

Lobe of the Fly

Two pianos sounding in tandem can feel – given that the instrument belongs to the percussion family – like a kind of 176-key gamelan, an atmospheric orchestra ringing and resonating and radiating in unity. In that way, the music of How to Turn the Moon by pianists Angelica Sanchez and Marilyn Crispell vibrates with a special, luminous quality. In composing all the pieces for this album, Angelica was inspired by Marilyn’s ever-questing sound and sensibility, as well as the uncommon rapport they share as players and as people.

“I’ve always kept in mind that it’s not so much the instruments that make the music – it’s the people in the room,” Angelica says. “Marilyn and I each get different sounds out of the piano, and those sounds exist first in our heads. It can be tricky with two pianos to make sure there is enough space in the music, but she and I complement one another, naturally. Marilyn is a generous, thoughtful person, in music as in life.” Marilyn adds: “I have such love and respect for Angie as a musician and as a human being. Her compositions are complex and interesting, a kaleidoscope of colors and ideas. It was a fascinating challenge to figure out together how to convey them best.”

Marilyn has made many beautifully probing records as a leader over the years, including a sequence of albums for ECM highlighted by Nothing Ever Was Anyway: Music of Annette Peacock, a trio classic with Gary Peacock and Paul Motian. She has also collaborated with key figures from Anthony Braxton to Tyshawn Sorey. Angelica, a generation younger, has released a multifarious array of albums as a leader, from solo, duo and trio to quartet and quintet and, soon, an all-star nonet. A keen collaborator herself, she has worked closely with the likes of Wadada Leo Smith and Michael Formanek, among others.

It was after Angelica and Marilyn met a few years ago at Karl Berger’s Creative Music Studio workshop in Woodstock, New York, that the pair developed the friendship that moved Angelica to write a set of music for them to perform together. These mysterious, often deeply lyrical duo pieces tend to be relatively brief on the page, with the composer leaving room for expansive improvisation as the mood strikes. She says: “Each piece is designed to be different every time we play it.”

In the studio, the two pianists set up at their instruments facing each other, with Angelica
appearing in the left stereo channel and Marilyn in the right. As to what influenced how the pieces came to life on that particular day, Angelica says: “The light through the window, the dog on the couch. The little universes that Marilyn and I created in the moment. The love all around.”

Special thanks to Kris Davis for her friendship and support. To Pyroclastic Records for releasing and supporting this recording. David Breskin, Chelsea Hadley and The Shifting Foundation for their support of my artistic endeavors. Bradley Bambarger for all your support and friendship. Chris Andersen at Nevessa Production for your amazing engineering skills and for being an all-around good guy. Big thank you to Michael Kelly
for video documenting the day. Thank you to Felicia van Bork for the beautiful artwork. Special thanks to Marilyn Crispell for her friendship and master musicianship. Your music continues to inspire and excite me.

This recording is dedicated to my parents, Fulgencio & Olga Sanchez. You both have given me a life in music and I will always be grateful to you and to Jack who inspires me every day.

← Slipknots Through A Looking Glass Seven Storey Mountain VI →
We use cookies on our website to give you the most relevant experience by remembering your preferences and repeat visits. By clicking “Accept”, you consent to the use of ALL the cookies.
Do not sell my personal information.
Cookie SettingsAccept
Manage consent