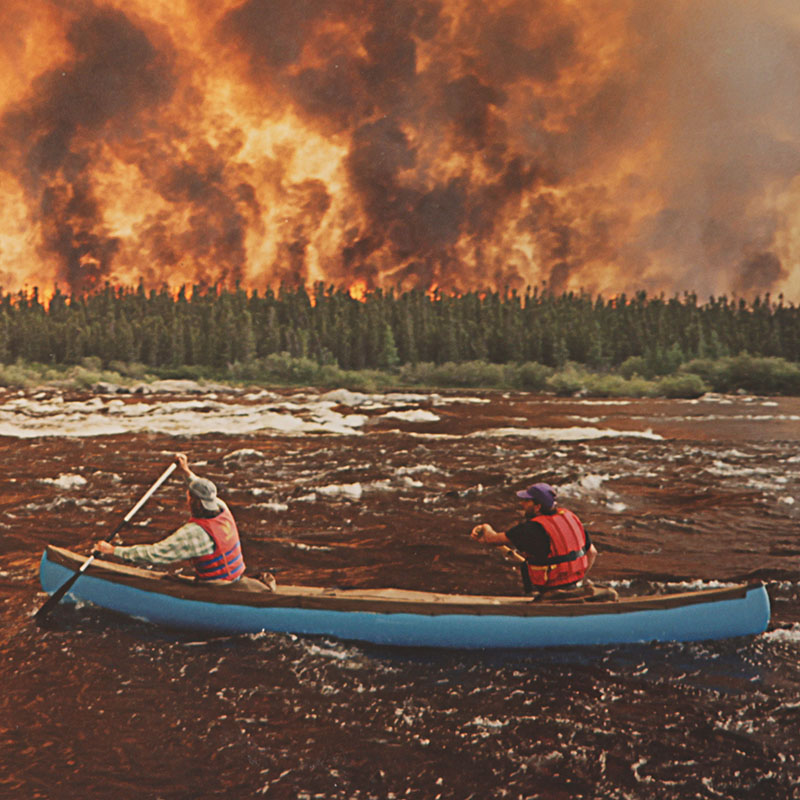 Smoke Gets In Your Eyes

Smoke Gets In Your Eyes

I imagined the four ensemble pieces that begin this album as belonging to the repertoire of a speculative musical culture — one potentially not so far removed from my own — whose sonic and lyrical affinities reflect chronic, hazardous inundation, and mystifying betrayal. Without my realizing it at first, they became, in their own way, more-or-less oblique renditions of the Jerome Kern / Otto Harbach standard “Smoke Gets in Your Eyes,” an object lesson in the transmutation of weather and grief into sound, its titular metaphor for desire, delusion, and disaster spilling out in shapely ringlets of billowing melody.

I found myself returning to this song a few months later, when “Smoke Gets In Your Eyes” — or some semblance of “Smoke Gets In Your Eyes”: a swirling, spiraling vocality, a kind of sonic deceit and disappearance, a fluidic memorial to acrid, heartbreaking loss — gradually began to seep into and overwhelm the work I’d been doing at the piano. That work — an attempt to more fully understand, undermine, and add to the piano’s resources of sound with extensions of concealed computerized origin — grew steadily into a multi-panel painting: Puffs of wood and string pouring out of the still-smoldering ruin of a piano; and some future listener, perhaps, for whom that dark, vanishing fog might yet convey a love song.
Cory Smythe
Croton-on-Hudson, June 16, 2022

In late 2019, I was fortunate to have the opportunity to write for and perform with the Trondheim Jazz Orchestra. The members of that ensemble — all extraordinary composer-improvisers — had a huge influence on my work, and any attempt to describe what went into this music would be incomplete without their names: Sofia Jernberg, Mette Rasmussen, Eirik Hegdal, Espen Reinertsen, Eivind Lønning, Ole Jørgen Melhus, Ola Kvernberg, Okkyung Lee, Ole Morten Vågan, and Morten Joh.

In memory of Ryan Muncy, whose radiant kindness and trailblazing musicianship live on.

Heartfelt thanks to Chelsea Hadley and The Shifting Foundation for making this album possible; to Ole Morten Vågan and the Trondheim Jazz Orchestra for commissioning the first four pieces; to Chris Uzelac for his generous contribution of programing knowhow; to Kyle Quass for setting aside his own remarkable music to give feedback on every iteration of this project; to Isabel Breskin for her meticulous and inspired artistry; to Russell Kaye for his inexpressibly breathtaking photography; to Kris Davis for every gleaming facet of her work; and to David Breskin for every brilliant facet of his. To Liz and Zora: my truest, most undeniable love.

Carbon offsets to neutralize the carbon emissions associated with the production and distribution of this album have been purchased through carbonfund.org.

← More Touch
We use cookies on our website to give you the most relevant experience by remembering your preferences and repeat visits. By clicking “Accept”, you consent to the use of ALL the cookies.
Do not sell my personal information.
Cookie SettingsAccept
Manage consent