Ches Smith Explores Haitian Vodou Music with We All Break

Ches Smith Explores Haitian Vodou Music with We All Break

Beloved for his many cool collaborations with Tim Berne, John Zorn, and Marc Ribot, drummer/improviser/composer Ches Smith is best served hot, under his own name—on his Congs for Brums series of recordings or his 2016 ECM trio album with Craig Taborn and Mat Maneri, The Bell. His latest group, We All Break, is his most soulful yet. Originally a quartet comprising pianist Matt Mitchell, Smith and two of his percussion teachers, Daniel Brevil and Markus Schwartz, on the tanbou (a Haitian barrel drum), the band has since grown into an octet, as documented on its recent two-CD set Path of Seven Colors. But its M.O. remains the same: studying the ritual and abandon of traditional Haitian Vodou music and adorning it with modern improvisation.

“Who could follow these masters [Brevil and Schwartz] and instinctively invent was important to the music I was writing,” Smith says. “That was true from the first show the quartet played in Amsterdam, with Daniel leading the way. Haitian and Creole music is his domain.” Although you can sense those traditions and their twists on Path of Seven Colors’ second disc, recorded in 2015 by the original four-piece, it’s on disc one—which adds saxophonist Miguel Zenón, bassist Nick Dunston, vocalist Sirene Dantor Rene, and another tanbou player, Fanfan Jean-Guy Rene, to the lineup—where the culture clash really gathers force.

What Smith knows about Haitian tanbou comes mostly from Brevil, a Port-au-Prince native born into a family of drummers, temple leaders, and community activists. “This music is my life,” Brevil says, pointing out that playing for Haitian religious ceremonies is as much a part of his work as gigging at jazz festivals. “What I get from Ches is more authentic than people I have worked with for decades. He’s ambitious when it comes to learning that which came naturally to me. I was a drummer before I was born. Ches has that spirit. He seeks to learn, come back for more … He pushes me to hear, and do, beyond my tradition.”

“We’re not going to be just jazzy or relaxing.”

Smith says that as he was studying Vodou, he wanted jazz-scene colleagues like Mitchell and Zenón to get involved in the music the way he was. “So I structured the pieces that way, for them to respond to Daniel’s calls, to get in deep and support the song with a sense of independence,” he states. “Miguel in particular has been digging into the polyrhythms, finding out how Caribbean music influences that of Puerto Rico, where he’s from.”

As for the decision to add more percussion and vocals to the group, Smith says, “100% that was the right move. In a jazz sense, so was adding saxophone and bass. Every member contributed to every song based on what I had written, [which was] then added to by Daniel taking the demos and doing his thing. I didn’t know what Daniel was going to send, but I was happy to get it all.”

“We’re not going to be just jazzy or relaxing,” Brevil says. “We do want everyone to accept it. Not just local. International, too … As an activist, I wanted to bring something to this project so that people could hear the suffering of my people. Of any and all people killing each other, where no words matter. Now, I want the words and voices—mine and the drums—to matter.”

And they do, creating a magical hybrid. “Daniel told me I would know what it is when I heard it, and that it would just be its own thing,” Smith says. “I had to just accept all that, let go of any big structural models or macro forms, and forge straight ahead.” 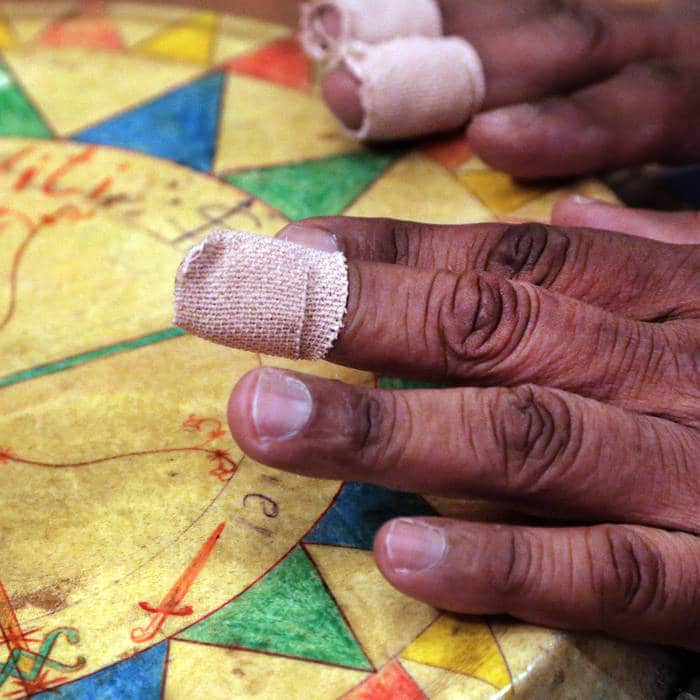 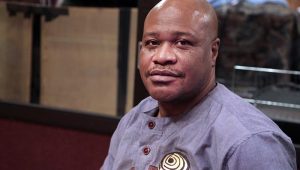 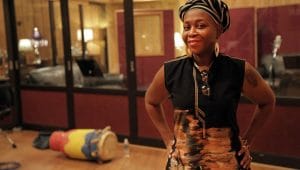 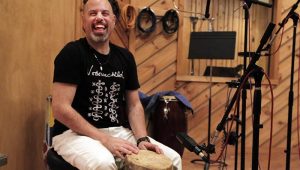 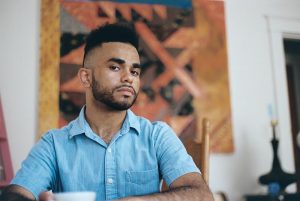 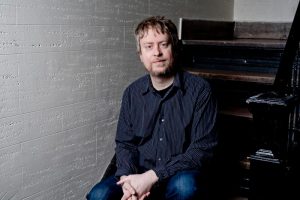 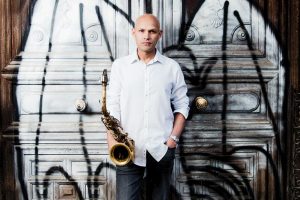 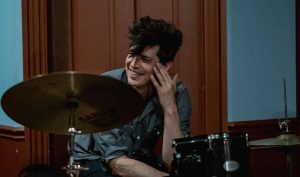